COVID-19 rates are rising in Southwark 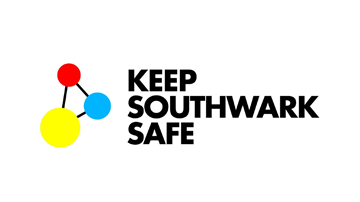 Keep up to date with the impact of coronavirus on planning and building control.

The Community Infrastructure Levy is a levy raised on development schemes (new buildings such as housing, hotels or shops).

The money is used by the council to fund local infrastructure projects.

It’s just one of the ways in which developments can benefit the local community and developers can give back to the community - especially to those who've been impacted by the building works (such as neighbours who had to put up with noise or temporary road closures).

Southwark raised roughly £23m in CIL between 2015 and 2020. 25 per cent of this - almost £6m - was designated as local (neighbourhood) CIL and became available to spend on community projects that can be completed by 31 December 2023.

Suggestions for CIL funded projects were invited from the public between March and June 2020. More than 1,000 ideas were proposed, 66 of which were chosen for funding by the council’s Cabinet.

Council officers are currently working to deliver these 66 projects.

There will be more opportunities to suggest projects for funding in the future, as more CIL money becomes available. These will be advertised nearer the time. The next steps will be set out in a report to be considered by the council's Cabinet shortly, so check back here for details.

To see some of the other proposals that were suggested by the public in 2020, visit our CIL website.

Surrey Docks Farm is one project that recently benefited from CIL. The farm used money raised from the levy on a housing development nearby at Odessa Street to refurbish their community building, so that it could be used by the local community for meetings, workshops and classes.

Watch the launch video for the 2020 CIL programme to find out more about CIL and how Surrey Docks Farm used their CIL funding.