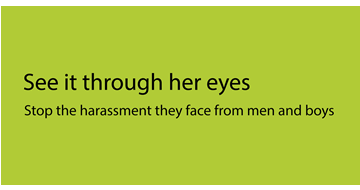 Today, after listening to Southwark Council’s campaign against cuts to Southwark’s buses, the Mayor of London has announced that bus services that were going to be cut in Southwark, will be saved.

This means that the 12, 45, 78 and N133 buses will be protected, and that people in Southwark can continue to use them to get to work and to visit family, friends and more.

However, with financial pressure still on TFL, the 521 route will now be serviced by the 133 and 59 routes. The council urges TfL to continue working together and protect people affected by these plans.

Earlier this year, Transport for London (TfL) said that many of Southwark’s most important bus routes could be cut, because TfL didn’t have enough money from the Government. Southwark Council knew that the Government had not given TfL the money it needed and had forced TfL to make these cuts.

Cllr Kieron Williams, Leader of Southwark Council, and Cllr Catherine Rose, the council’s Cabinet Member for Leisure, Parks, Streets and Clean Air, met with London Mayor, Sadiq Khan. They asked the Mayor to step in and save Southwark’s bus services, because they are vital for many people in the borough.

Cllr Williams and Cllr Rose also presented the Mayor with Southwark’s response to TfL’s consultation on the bus cuts. Along with contributions from people and communities across Southwark.

Cllr Kieron Williams said: “For many people living in Southwark, buses are the only safe and affordable way to get to work, to access important services and to visit family and friends. Since the summer, when these cuts were first proposed, our campaign made clear just how vital these services are. I am delighted that the Mayor of London has listened and saved Southwark’s buses.”

Cllr Catherine Rose said: “It’s fantastic news that Southwark’s buses will be saved from cuts. They are essential to life in Southwark because we have no underground service to most parts of our borough, meaning that people need the buses.

“Buses are a lifeline for those with accessibility needs, and for those who simply have no other means of affordable transport, particularly in this current cost of living crisis. That’s why it is so important that the Mayor has listened to our campaign and has saved our bus services.

“I’d like to thank everybody who supported our campaign, signed the petition and the 20,000+ people who completed TfL’s consultation. Together we saved key buses for those who need them most.”